Indian culture is influenced by the cultures of invaders and immigrants. India is the home of different religions such as Buddhism, Hinduism, Sikhism and Muslims, all these religions have imprinted their influence on Indian culture. However, the effects and influence of Hinduism are dominant in Indian rituals and traditions.

The history of dance in India can be traced back to 2 BC. Classical, Folk, Modern and Kathak dances are performed, North India is famous for Kathak dance. All these dances are originated from religious feelings.

Marriages in India are considered as family functions, arrange marriages are common in Indian culture.  However, marrying outside the cast is considered a bad thing in Indian culture. Married women wear “Mangalsutra” around her neck and bangles on her arms, and applies “Kumkum” between her eyebrows, these all are indications that she is married.

Temples are considered holy places in Indian culture and the followers of Hinduism have great respect for the temples. They do not enter into the temples with footwear and after consuming alcohol or eating nonvegetarian food.

As we have discussed earlier that Indian culture is highly influenced by Hinduism. Therefore, the people in Indian culture follow the traditions of Hindu dogma. They do not eat non-vegetarian food on Mondays, Saturdays, and Thursdays. In addition to that, they do not kill snakes on Monday and on the festival day of Naga Panchami .

Before going to long travels, the people of Indian culture put lemon under the wheels of the vehicles. Apart from it, they break coconuts in front of the vehicle. They believe that these practices will save them from the evil forces during traveling.  In addition to it, many people hang seven chilies and lemon in a thread to their vehicle and believe that it will save them from evil forces and negative energies.

In Indian culture, you will see a black doll hanging with a rope or thread outside the house and they believe that it will save them from the evil eye and negative energies. Before going to live in the new house, they perform a ceremony of “Vastushanti” and the purpose behind this ceremony is the same that it will save the house from ghosts and negative energies. In the houses you can see many idols of deities, they worship them on a daily basis.

The followers of Hinduism in Indian culture believe that hell is located in the South. They do not put the idols with their faces towards the south. The people practiced it in houses, as well as in temples.

Though there are a lot of festivals in Indian culture, the most popular is the festival of “Holi”. Holi is celebrated in March, an ancient Indian festival. It heralds the arrival of spring and signifies the victory of good over the evil forces. Apart from Holi, Dewali and other festivals are also popular in Indian culture.

The cow is regarded as a holy figure in Indian culture. She is worshiped and respected as a maternal figure. It is believed that Lord Krishna grew up as a cow herder and often plays the flute for cows and they dance over his tunes. Hence, the cow is considered as holy figure and therefore, feeding a cow or arranging shelter for her is considered as a high-value religious duty.

When the Hindus meet each other, they say the greeting of “Namaste” or “Namaskar”. There are other religious styles and words of greetings such as; Ram Ram, Jai Ram Di, Jai Matta Di. 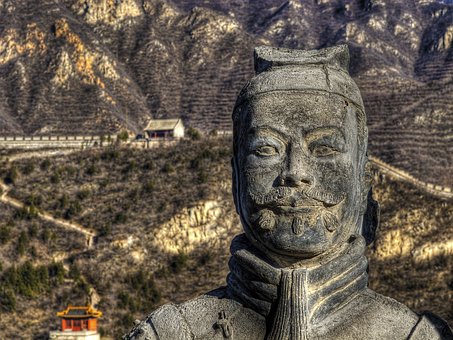