Trump Reelection 2020 Campaign; What are the New Promises

President Trump assumed the office as the US president in 2017 as 45th president of the United States of America. He gave the Trump Doctrine of “America First” in his first  term and designed the domestic as well as foreign policy on the basis of “America First” doctrine. His first term is going to be completed soon and he has already started his second term election campaign. Trump reelection 2020 campaign is started from Florida. During his second term campaign, he remains stuck to the agenda and policies of his first term as president.

There were no new promises in Trump’s eighty minute speech in Florida. He talked about the economic gains and renewed his long-standing vow of building a wall on the Mexican border. However, without giving a detailed program, he said that he would focus on the cures of Cancer and HIV Aids and would plan to send the US astronauts on Mars. 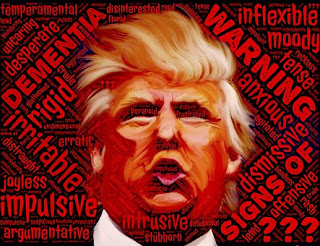 In his reelection campaign, he remained successful in getting the attention of white working and middle class voters, who played their role in his victory during the first term against Hillary Clinton. He talks about the illegal immigrants. “Illegal mass migration brings in millions of low wage workers to compete for jobs, wages, and opportunities against the most vulnerable Americans, cutting off their path to the American dream.” Dawn

Therefore, he addresses the fears and grievances of the middle class workers to get their support for his second term. While talking about the illegal immigrants, he said that the project of building a wall on the Mexican border would still go ahead. However, in his speech he did not mention the announcement that he made in his tweet that the US government is going to deport the illegal immigrants.

In addition to his claims about American economy and his strict stance about the immigrants, he did not forget to turn on the Democrats and said that they are radical and dangerous for the US and for our people. He did not even spare the journalists and encouraged the crowd to call them “Fake”.

President Trump during his two years in office, gave many surprises to the world, but at the start of his reelection campaign the Republican salesman remained stuck to his old promises and did not announce new remarkable policies for his voters and the world witnessed nothing new in his speech in Florida.  “President Trump Kicks Off 2020 Reelection Campaign” TIME

How Many Muslims in India? Which Percentage of...

What is Virtualization? Uses, Types, and Benefits of...

@2022 - All Right Reserved. Designed and Developed by TecHippo

Finding The Reasons of Sudan Crises