A Quick Guide for Your Daily Healthcare Routine (1338)

A Win-Win Situation for Taliban

The peace deal is a win-win situation for the Afghan Taliban. As the Taliban claimed that they have resolved 98% of the issues with the US and soon they will sign a peace deal. They claimed that US had admitted their demands of;

However, if the US signed a peace deal and agreed to these demands, it will create no difference in the lives of the Afghan people and they will continue to suffer.

What US will Get from the Deal?

As claimed by both sides, they agreed to a ceasefire and US forces will not be targeted after the US-Taliban peace deal. However, the Trump administration will get nothing remarkable out of this peace deal and this is just a justification for the hasty withdrawal from the Afghanistan and the administration would use it as a face-saving tool among the international community.

The Fate of the Afghan People After the Deal

The US-Taliban peace deal would create no difference in the lives of the people of Afghanistan. They will continue to suffer as they suffer before the deal. The Taliban do not agree for a ceasefire against the Afghan people or Afghan government and they said that the Afghan people could join the “Intra-Afghan” dialogue, however they could not represent the government. Therefore, a power tussle would be started in Afghanistan after the US withdrawal and the Afghan population would again go through the same circumstances as they went through in the 90s. As the Taliban did not agree for a ceasefire against the Afghan population, therefore, they will be the victim of a new wave of terror activities after the US-Taliban peace deal. In the present situation, Taliban are not the only unsavory group in Afghanistan but, there is ISIS as well and they have recently accepted the responsibility of Kabul wedding attacks. Therefore, the Afghan people will face the threat from Taliban as well as from the ISIS.

Would It Bring Peace in Afghanistan?

Any accord without the representation and consent of all the stakeholders could not bring peace in Afghanistan. In the US-Taliban peace deal, the Afghan people had no representation. The US signed the deal for its interests as the administration wants a quick withdrawal from the country. Long-peace could be achieved when all the stakeholders become part of the process. A new power tussle would be started between the Afghan government and the Afghan Taliban. The peace deal is just “The Beginning of an End.”

What Could be a Win-Win Peace Deal for All?

Without these measures, a peace deal has nothing to do with the Afghan people but it only serve the interests of the US and the Taliban. 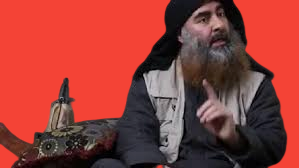 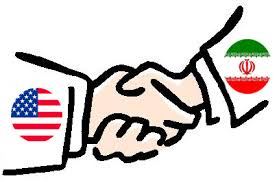