Best Things to do in Hong Kong

Hong Kong is an organic city that catches the traveler. World financial center, its vertigo buildings draw one of the most recognized images of Asia. Hundreds of beehives stand on the little available flat land. Also, it is that the largest concentration of skyscrapers in the world, some of more than one hundred floors. Here we have listed the most essential and Best Things to do in Hong Kong.

The 10 Best Things to do in Hong Kong

1. Go up to Victoria Peak to see the best views of the city

A good first contact to get into the city is to take the Peak Tram, the oldest funicular in Asia, with 130 years, and climb to Victoria Peak. With 552 meters of altitude, it is the highest point of the island of Hong Kong and the one that provides the most spectacular views. During the day the view is fantastic, but at night it is simply amazing.

Tsim Tsui Promenade is a pleasant walk along the China Sea that runs along the entire southern coast of Kowloon. Bathed by the waves, it is the place to enjoy a unique view of the financial island of Hong Kong. An excellent place to start the ride is the Clock Tower of the old Kowloon-Canton railway line, near the Star Ferry lobby, and proceed to the Avenue of Stars.

A walk full of famous bronze sculptures were the most photographed is one of the best things to do in Hong Kong that of Bruce Lee, 2.5 meters high.

Quarry Bay is a densely populated neighborhood east of Hong Kong. Here, thousands of people live crammed into buildings as mythical as the “Monster Building”. Nicknamed this way by the locals, it is a complex of five connected structures.

Due to its symmetry and architecture, it has become the favorite place of photographers and urban explorers, also appearing in films such as Transformers or Ghost in the Shell.

The Taoist temple of Man Mo draws attention for its history and its smoking environment, scented by the incense sticks that hang from the ceiling like inverted mushrooms. It is one of the oldest temples in Hong Kong and is dedicated to the literature god (Man) and the god of war (Mo).

Located in the financial area of ​​Hong Kong Island, entering this temple is entering the past. A space for reflection, silence, and contemplation within the chaotic modern life.

It is located on the top of Mount Muk Yue, on the island of Lantau. Also, it is the most massive bronze seated Buddha in the world.

An impressive 23-meter figure that crowns a hill on the island of Lantau more than 500 meters above sea level. The best way to see it is to climb the plateau in the Ngong Ping Cable Car, with a route of almost six kilometers over the bay and the surrounding mountains.

As the hours’ pass, the city is transformed. Some streets are filled with street stalls and picturesque markets, as is the case of the Temple Street Night Market. Every day from six in the afternoon until midnight, on this street there is a night market where clothes, souvenirs, and seers that offer predictions intermingle among the many street food stalls.

The most entertaining is to wander around when night falls and get lost in the crowd to end up having dinner at one of the stalls that offer Cantonese food.

7. A haven of peace in Jardine Nan Lian and Chi Lin Monastery

Hong Kong can be tiring. However, this concrete jungle gives us a break in unique corners like the Nan Lian garden. In the middle of the big city, this enclosure consists of a set of Chinese wooden temples and a well-kept garden where everything is harmoniously located. The use of acoustic screens will isolate the exhausted traveler from the external hustle and bustle.

Wondering what things to do in Hong Kong? There is a reason why Hong Kong has earned the reputation of “concrete jungle”. Its huge buildings and agglomerated constructions create a colorful tapestry of homes and shops. Skyscrapers and neighborhoods of official protection that give meaning and form to the city of cement.

That is the case of Choi Hung Estate (rainbow building), the oldest public housing complex in Hong Kong. A dilapidated building in the Tsim Sha Tsui district of Kowloon, with 17 floors and occupies an entire block. In him live near 4,000 people that conform a melting pot of cultures and traditions.

9. Ride along the Star Ferry River

The reeds with their characteristic red sails are one of the most representative images of Hong Kong and the China Sea. These legendary sailing vessels are still in use in many parts of Southeast Asia.

And from them, you get a majestic view of the city. They are ideal to see parts of the south coast of the island. There is a fleet of boats that cross from the island of Hong Kong to the peninsula in just 10 minutes.

10. Eat at the Michelin star

One of the good things to do in Hong Kong is that you eat well almost anywhere, from the humble street stalls to the best hotels. we will find a Michelin star at an unbeatable price, the Tim Ho Wan restaurant. A real luxury that awaits those who dare to overcome the shock that the daunting establishment can bring you at first sight. 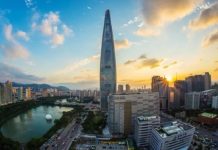 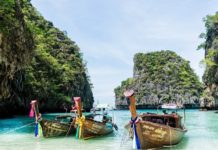 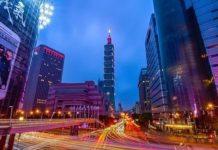 The 10 Best Things to do in Taipei Taiwan 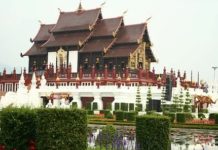 The 10 Best Things to do in Chiang Mai Thailand 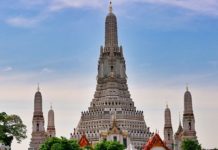 The 10 Best Things to do in Bangkok Thailand 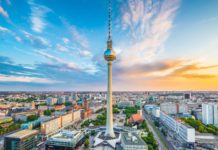 13 Best Things to do in Berlin Germany

Planet magazine: a social platform, a team of enthusiastic researchers, collects stories round the planet. Present you a different Outlook of the planet by combining the facts and knowledge about Health, Life Style, Culture, Fashion, Technology, Travel and Tourism and History.
Contact us: [email protected]
© https://planetmagazin.com
MORE STORIES