Ancient Chinese Culture is one of the oldest cultures of the world and therefore Chinese culture contributed a lot to the development of humankind on this planet. The usage of a number of things has been introduced by Chinese culture to the world.

A thousand years ago, when other cultures were not so developed, the people of ancient Chinese culture used silk, bronze, wood, and paper in their art. They were not only first to use these things but they also invented a lot of things and participated in the development of mankind and the world is interested to know about the tale of those inventions. The piece of writing will tell you about Facts about Ancient Chinese Culture and Chinese culture history or facts about china, Chinese Inventions and culture facts.

The World Saw the Paper

Imagine a world without a paper and you will be surprised to know that many of our daily life activities are very much depended upon the paper. Therefore, credit must be given to the ancient Chinese culture for this great invention. However, at the start, it was available to the emperors only and later on it was available for all the masses and spread to the whole world.

The Colors of Kite Flying

Kite flying has become a festival in different cultures, but it was the ancient Chinese culture who brought the colors of kite flying in this world, about 3,000 years ago. However, at that time it was not a fun activity, but it was used to scare the enemy on the battlefield and to predict the success of the voyage.

The Invention of Chopstick

Chopsticks are an integral part of Chinese dining tables. However, these are invented by the people of ancient China.

The crossbow was invented in ancient China. In addition to the traditional weapons such as crossbows, chemical weapons were used by China some 2,000 years before these were used in Europe.

Soccer, An Addition to Sports

Chinese people played the sport of soccer during the Han Dynasty. However, it was known as “Cuju” in China, and later on, spread to the neighboring countries and Europe.

Ancient Chinese Inventions – The first-ever vaccine against smallpox, which was an epidemic at that time, was invented and used by the Chinese doctors. They took the scabs of the smallpox patients, crushed them into a fine powder and blow them into the healthy patient’s nose. Hence, they introduced the method of vaccination for the epidemics.

Everyone loves ice cream and it was ancient China who introduced Ice cream to the world when they freeze the mixture of rice and milk. Over a period of time, the recipe got many new ingredients and took the shape of Ice cream with different flavors.

Chinese invented glasses 1,000 years ago. When Marco Polo arrived in China in 1270, glasses were widely used in China. 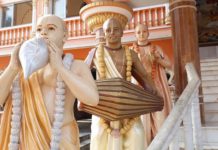 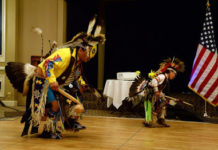 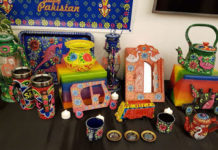 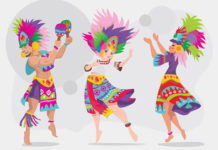 What is Cultural Diversity? Is it a Key to Peace and Harmony?

The Hamd and Naat Sharif: A Powerful Part of Islamic Culture

Planet magazine: a social platform, a team of enthusiastic researchers, collects stories round the planet. Present you a different Outlook of the planet by combining the facts and knowledge about Health, Life Style, Culture, Fashion, Technology, Travel and Tourism and History.
Contact us: [email protected]
© https://planetmagazin.com
MORE STORIES